Pull down demolition design, foundation assessment and sequencing of movement and demolition of 3 container cranes for John F Hunt Limited on behalf of Costain Skanska JV for HS2 in Willesden

This project is part of a series of three demolition, dismantling and enabling packages on the southern section of the high profile HS2 transport project.

The 22-metre high gantry cranes – each weighing up to 290 tonnes – each had to be lifted and moved up to 100 metres, so they could be safely dismantled away from the neighbouring rail track.

HS2 Ltd says that the removal of the three cranes was one of the most complex engineering challenges the project has faced so far, requiring thousands of hours of planning and preparation.

Due to the location of the cranes in close proximity to the West Coast Main Line it was necessary to move the cranes away from the live rail environment.

To move the cranes a number of SPMT’s were used. The SPMT’s had to run on specially prepared slabs, which Andun designed.

The area required, and the loadings were analysed and concrete infill panels were designed to facilitate the move.

The first two cranes were demolished by dismantling as far as possible, using cranes and cutting gear. The remaining frame of the crane was then lifted with a large crawler crane and the crane was cut into sections using burning gear in a controlled sequence. Andun were responsible for weight assessments, calculating COG’s and confirming cutting sequence.

The remaining crane was pulled down. The structure was first pre weakened by making cuts to the structure in a controlled designed sequence. 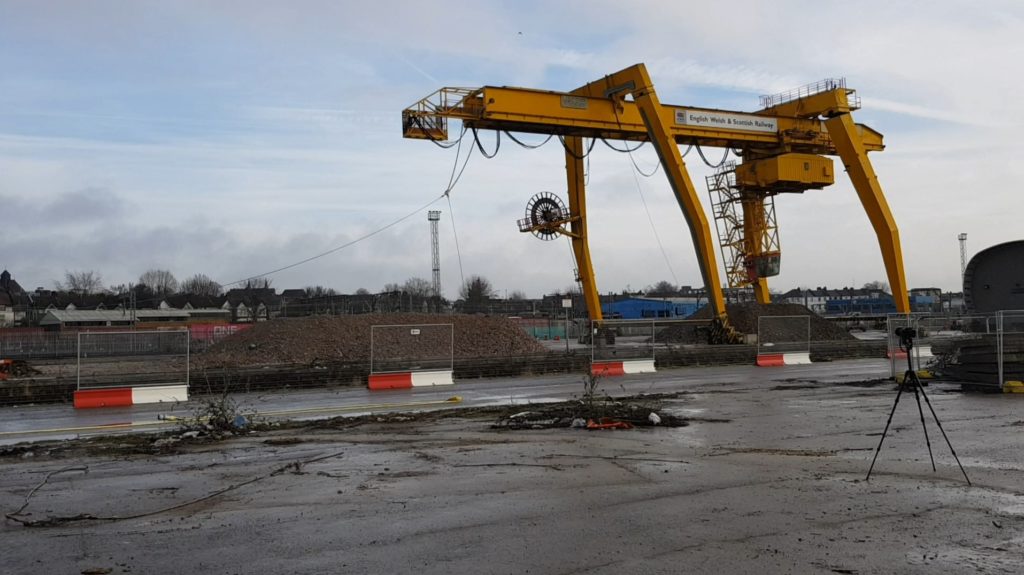 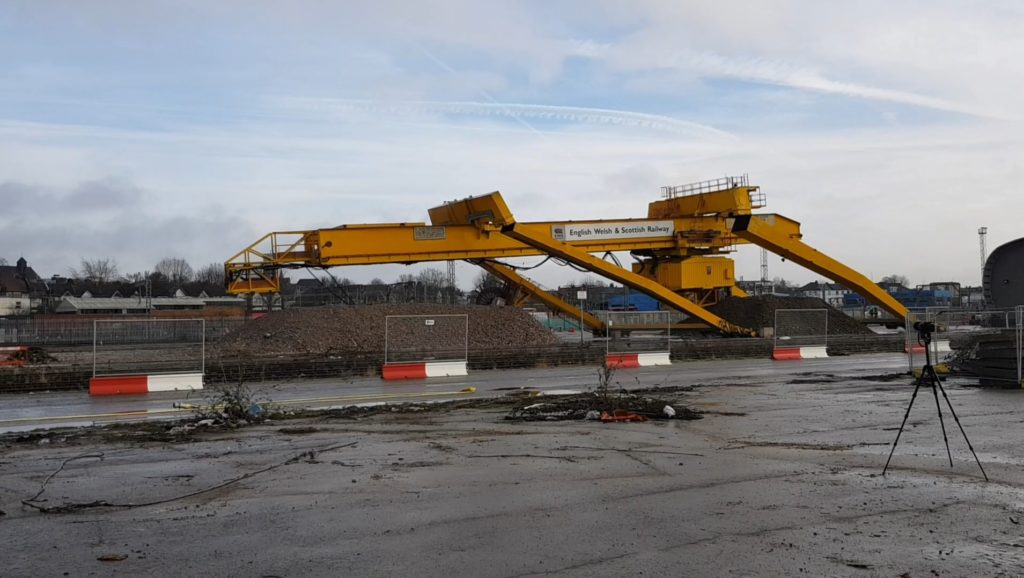 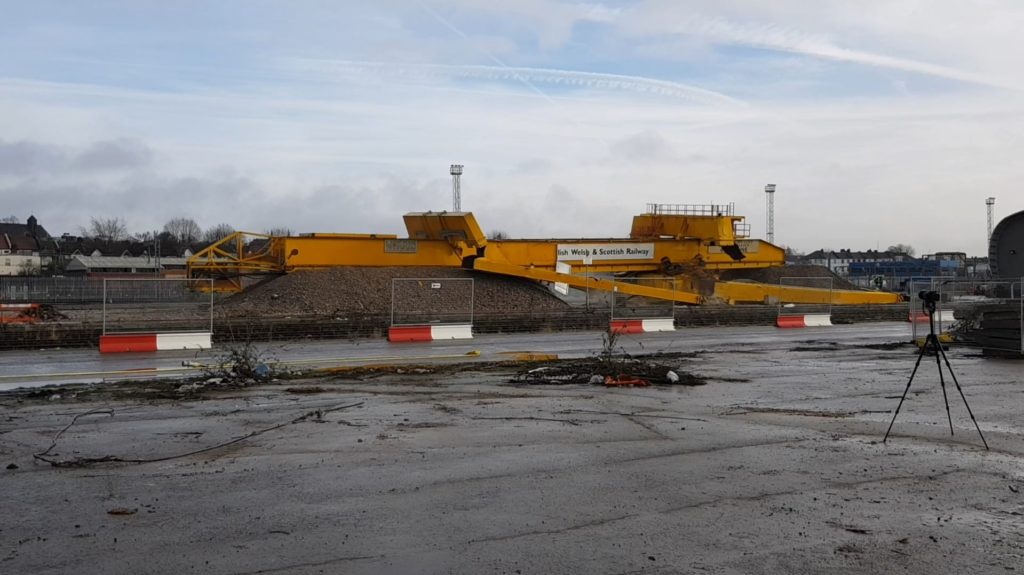 Before the pull down was enacted rubble was put down to absorb the impact and dissapate energy onto the hard standing concrete.

Andun also provided on site support to supervise the cutting process and mark up the cuts onsite. We were present on the lead up and  day of the pull down to provide techincal support, and mark out cut positions.

A key element of the design process was modelling the structure to demonstrate that the structure would not fall down after the cuts had been made but before the pull down commenced. This attracted a great deal of attention from Stakeholders.  A cat iii check was undertaken by Moreland Consulting Engineers, and an additional check by CSJV. 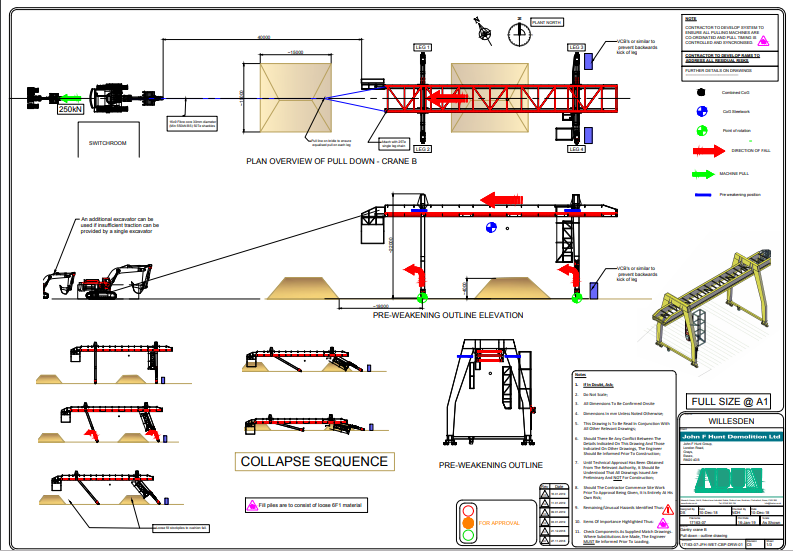 The scope of work completed by Andun was

As shown in the video the pull down was successfully completed by the John F Hunt team as planned within agreed timescales. 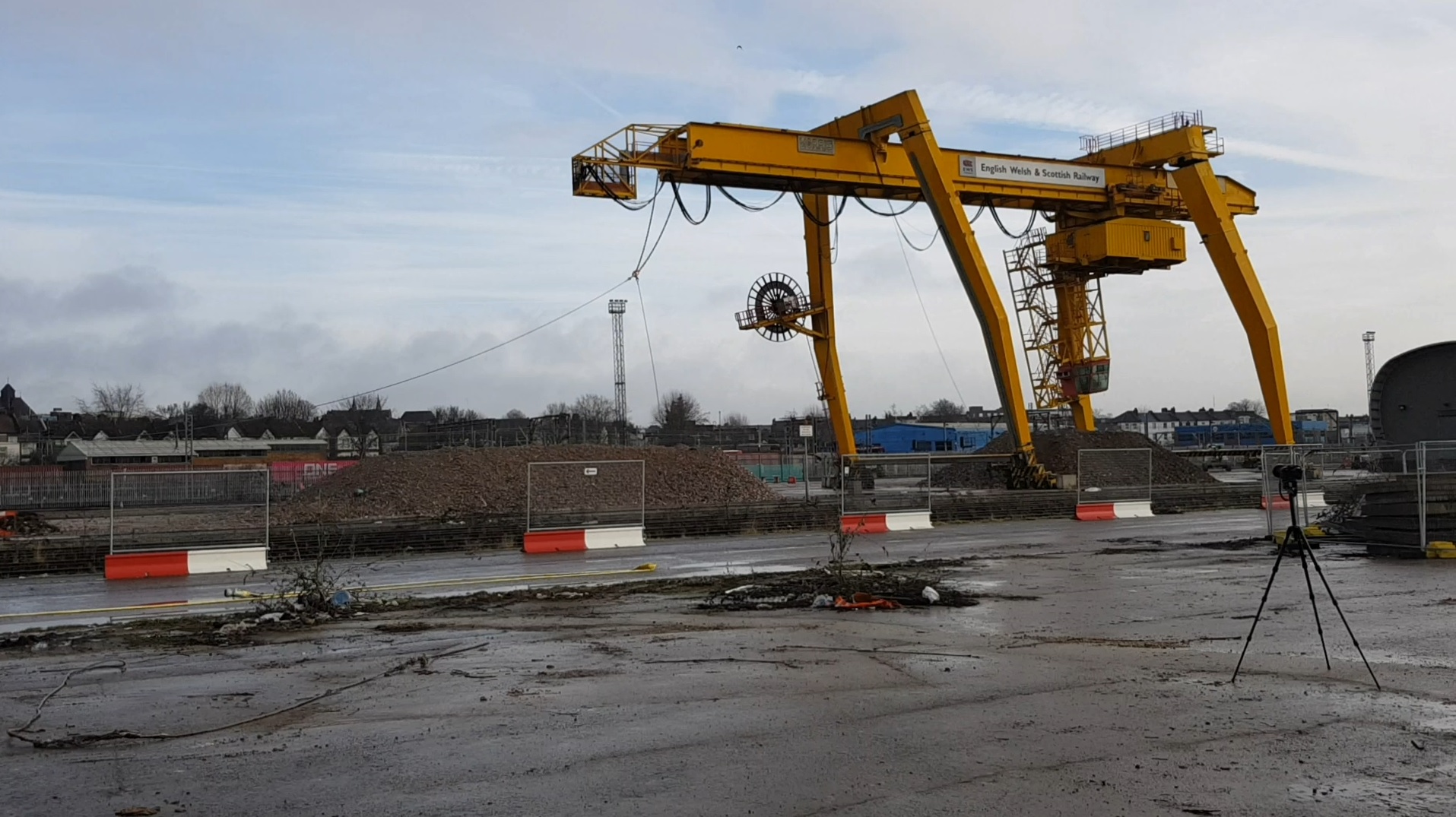