To facilitate the 40% passenger increase that is forecast over the next 30 years, Waterloo International Terminal (WIT) platforms are being redeveloped which includes a significant amount of demolition works.

Andun’s role during the redevelopment was to provide temporary works designers for the demolition contractor who were tasked to remove; a steel trussed footbridge, a 30’ glazed wall, various lifts/escalators as well as a large portion of the elevated platform structure that used to serve the Eurostar until 2007.

All of the demolition operations also had to be carried out on the level above the ticket hall of the Bakerloo line as well as adjacent to live railway lines inside Waterloo station itself.

This proved to be a very challenging constraint and had a considerable impact on the methodology of the demolition and ultimately the temporary works design. The success of the temporary works was marked upon the final load transfer to the permanent works in spring 2017.

The demolition contractor later went on to win the Civils Demolition Award at the World Demolition Summit 2017 with this project. 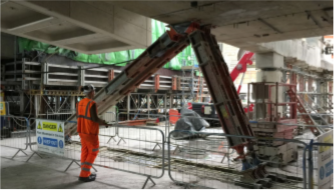 The scope of the demolition works for the WIT truss demolition was to remove the upper deck and lower deck structure as well as the two trusses each side of the decks including the supporting columns. Andun provided; the design for the temporary propping, plant justification, stability assessment during demolition as well as the 3D demolition sequence drawings. 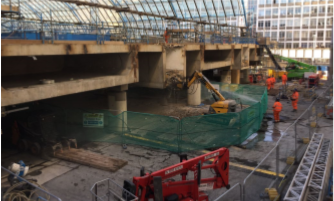 The GL K primary beam was a 0.6m wide by 1.3m deep r.c. beam that ran parallel to the track bed at platform level and supported both the existing platform and track bed.

The existing support for this beam was to be Hydro-demolished in preparation for the permanent works therefore the beam as well as the structure it was supporting required temporary support. 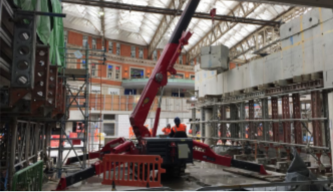 However as the existing supporting column was being retained, the point load that arose from the prop foundation had to be distributed to other ‘strong points’ in the elevated slab which drove the triangular prop frame design as shown.

Andun produced the prop design, fabrication drawings for the bespoke header and base brackets, preloading data/sequence, and justification of the props onto the existing structure. 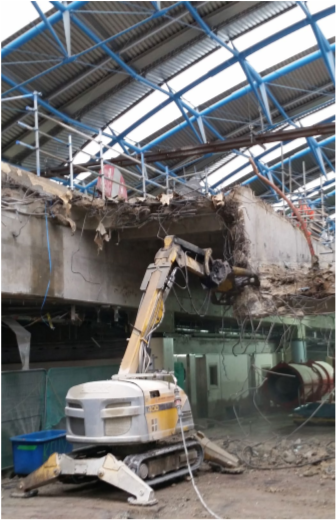 The primary beam on GL G was similar to that on GL K. However the GL G beam was being totally removed in a cut and lift method, a method choice which was driven by the noise restraints on site.

Andun designed the temporary support frame that enabled the beam to be cut into sections and also provided; justification of the props on the existing structure, the plant justification, produced sequence drawings and also carried out the temporary works inspection in this particular case.

If you are looking for temporary works designers for an upcoming demolition project call us on 01245 360 194 or email office@andun.co.uk 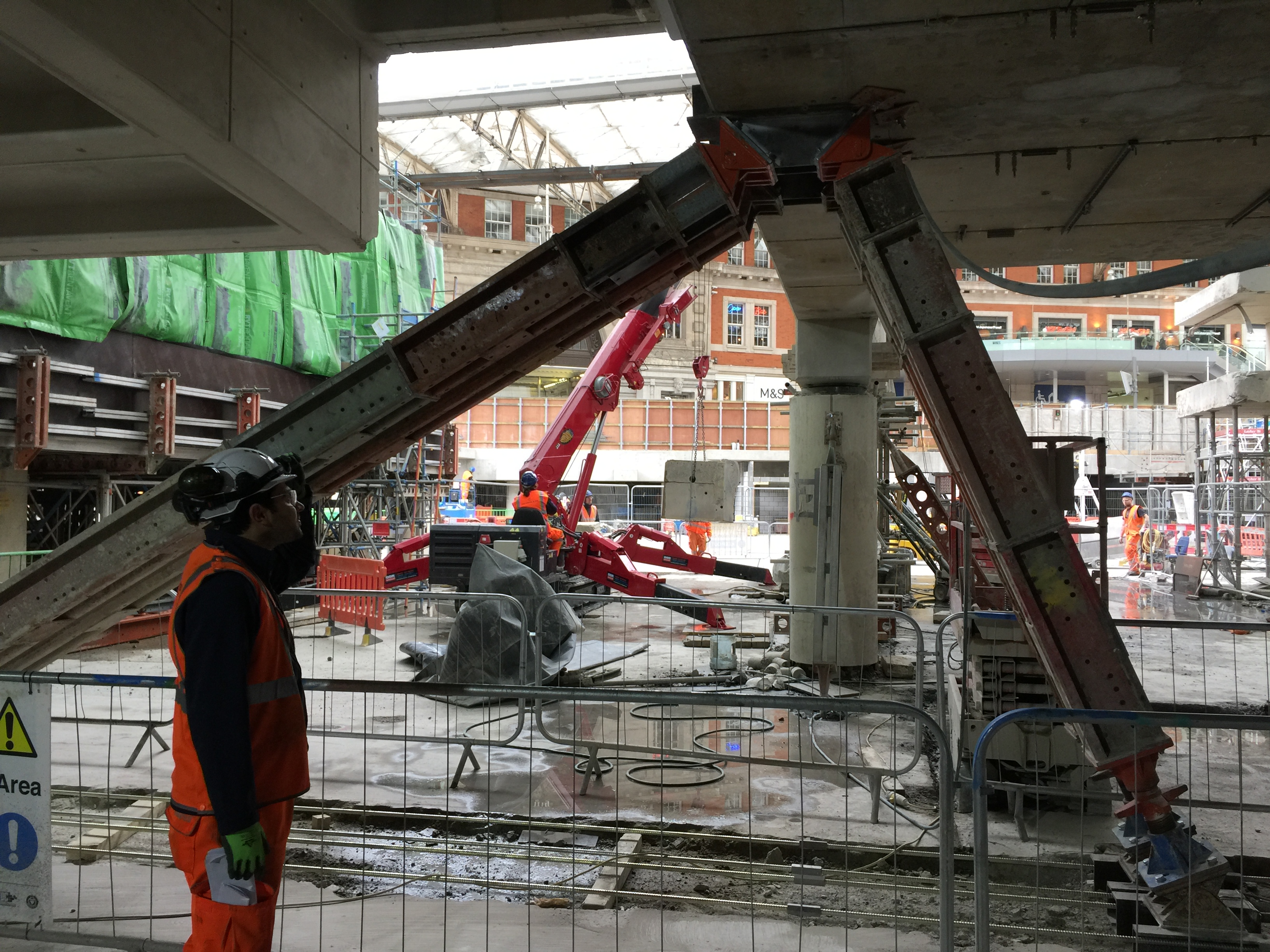