This demolition sequence has been successfully implemented on a number of different gas holders in Liverpool and Battersea. The same principles were followed with adaptation to suit the specific site constraints.

MAN (Maschinenfabrik Augsburg Nürnberg) are a type of gas holder first developed in 1914 with a cylindrical shell that utilises a piston that controls the pressure and floats above the gas.

The Southall MAN gasholder  was 95 metres high, 60 metres in diameter and located next to a long term Heathrow parking site, the Great Western Main Line and surrounded by high pressure gas mains.

The project drew significant interest in the engineering aspects from Network Rail.

The demolition sequence involved the installation of a working platform and crane rails on the roof of the holder.

The original piston within the structure is then modified by removing the original counterweight.

The piston is then floated (using large blowers) up tight to the underside of the roof. The roof is then cut free, forming a floating working platform from where all demolition activities are undertaken. 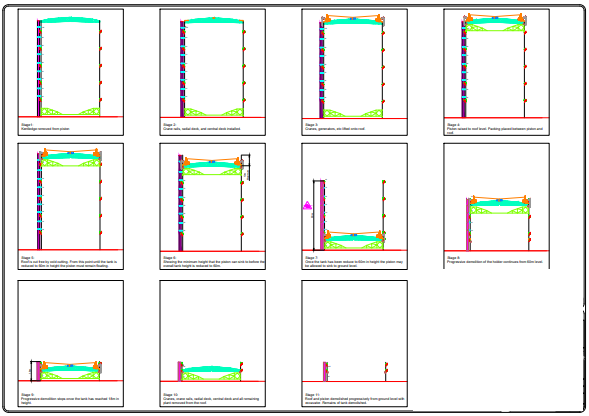 The demolition was carried out with custom cranes (previously designed by Andun) running on a series of crane rails. The crane rails span from node to node on the holder roof. The crane rails were an engineering exercise as they had to be man handleable, yet strong enough for the span, and carry the loads from the crane.

The cranes work around the structure sequentially removing panels, which are lowered directly to ground level..

Once the structure is reduced in height to around 40m the works are completed using high reach excavators for speed.

Full FEA analysis of the holder at key stages during the demolition, including submission to Network Rail.

Design of hoist brackets, including assessment of loads applied to holder.

Analysis and calculation of truss stability 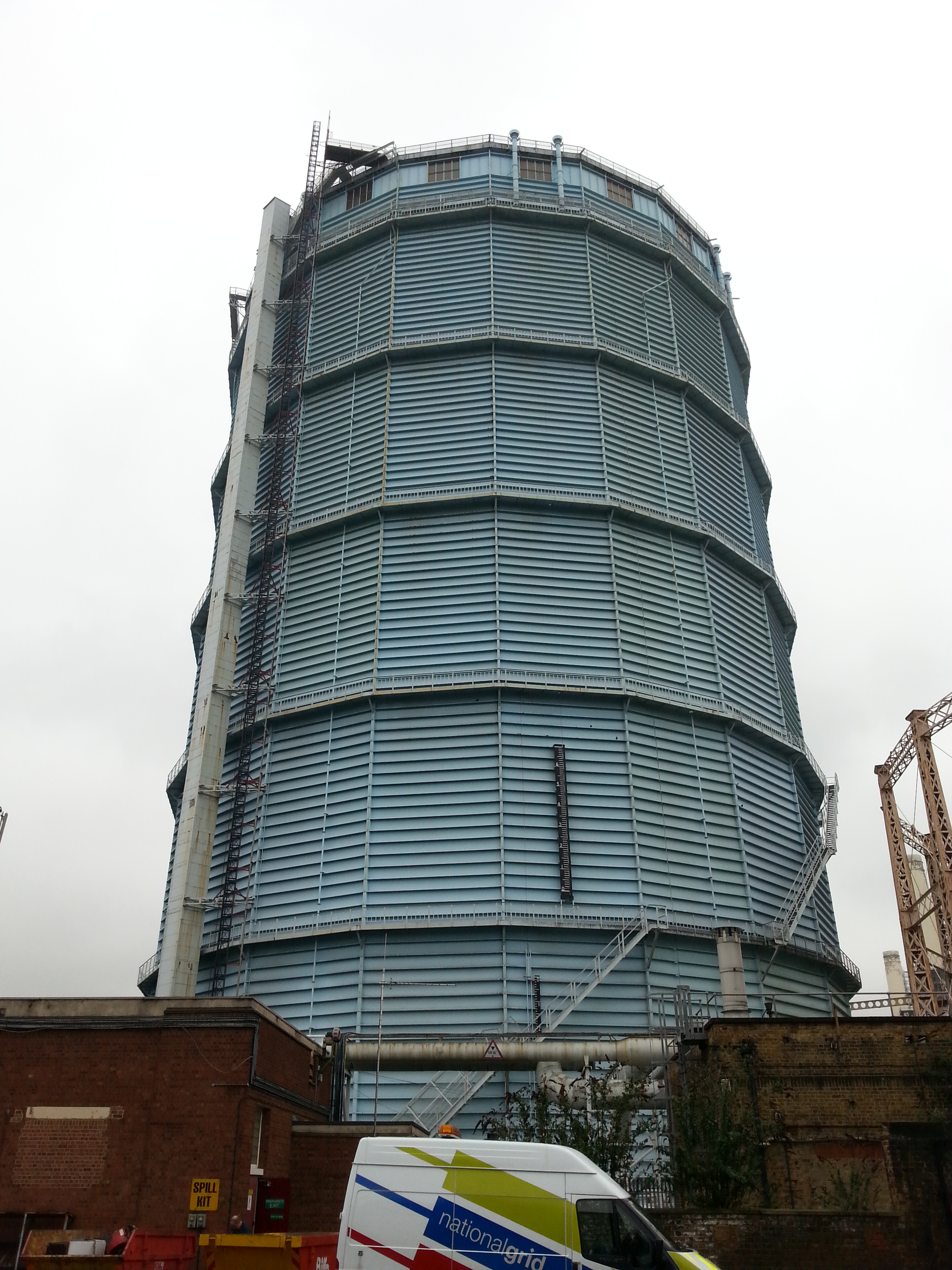